As an entrepreneur, one must carefully juggle their resources to suit aspects such as production, distribution, marketing and paying the employees. However, a successful entrepreneur can explore an opportunity regardless of the resources at their disposal, because that one opportunity could be the ticket to boosting revenue and profits.

Starting as an entrepreneur means taking a leap of faith and believing in every ounce of your ability and confidence. There is no room for anxiety or laziness, only strong leadership and dominance. The marketplace is an arena, one full of rivals but also potential friends. It takes a keen mind to differentiate friend from foe, and turn the latter into the former.

It is a hell of a fight, but your resources should only dictate certain decisions. With the right amount of thought and exploration, a certain idea could flourish into a money-maker. Never dismiss or second guess an idea that you see potential in, just because you are low on a particular resource.

Let’s talk more about resources. It is not just money, it is more metaphysical than that. It can be something like authority, connections, and charisma. It is an aspect of yourself or your business that you can tap into to create results. For instance, an administrator may have a lot of financial resources to  organise which then leads to having authority on the subject, but they may be lacking in creativity. A designer will have an abundance of creativity but no authority on finance and budget, despite having amazing ideas. This all links back to seizing an opportunity regardless of resources, and being able to create wealth from a single seed; an idea.

Being an entrepreneur does not mean being a creative genius, but it does mean looking out for every opportunity that comes your way and tackling it to the best of your ability. Not every idea is going to work out and some of them may indeed be too draining on your resources, but never dismiss them at the initial stage. Explore and deliberate, find opportunities within opportunities.

You now know what it means to be an entrepreneur, and have the opportunity to really think about what it is required to enter this world. There’s no shame in realising that running a business is not for you – nor is it for most people. But if you can feel that drive and ambition inside of you to get up unreasonably early and live most of your life on your phone, then you go right ahead. Just remember the reality of it!

Next time we talk about intrapreneurship so stay tuned for more guidance on the world of running a business. Now, excuse me, but I have eighteen missed calls. 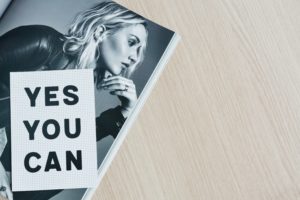 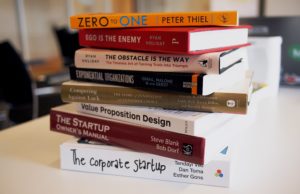 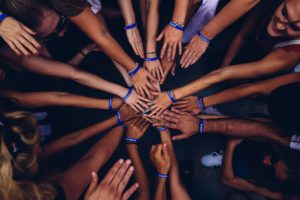 The value of self-assessment for enterprising leaders

Please log in again. The login page will open in a new tab. After logging in you can close it and return to this page.

I use cookies to ensure that I give you the best experience on my website. If you continue to use this site I will assume that you are happy with it.OkPrivacy policy